How Clean and Filtered is California’s Water?

We have all heard of the frightening water epidemic in Flint, Michigan, which is ironically located only 70 miles away from one of the freshest water bodies on the planet, the Great Lakes. Despite this nearby water source, in early January of 2016, Gov. Snyder announced a state of emergency due to high levels of poisonous lead in its residents’ tap water.

For years, Flint received water from Detroit’s clean Lake Huron. However, to save money, the city swapped their water source to the mucky Flint River. Locals thought this was a joke until indeed, their faucets began to pour out dirty water. A mix of too much iron in the water is causing lead to erode off the pipes, thus into the water, producing brown and toxic water.

California knows all too well the burden of a depressing water problem.

Much like Michigan’s cry for clean water, California’s drought dilemma has created the lasting fear of running out of water. (And no, California can’t borrow some of the Great Lakes’ enviably clean water.)

After last year’s drought, on top of a decade of dry spells, the governor proposed to drink the ocean water by using a filtration plant in Huntington Beach to provide most of Orange County with water.

Environmental Health Water Ocean Protection Program reviews bay and ocean samples daily to determine and announce any contaminations or sewages that may harm the public’s health, and recently the numbers look quite well. Therefore, the ocean water pumping into the plant isn’t a flashing pollution curse. However, the governor’s grand idea comes with a problem.

“The downside is that in for every two liters of water that go in, only one will come out, and the leftover super-salty brine would mix in with the city’s wastewater before being piped back out to sea to spread around, about 50 km offshore. And this salty brine, along with financial concerns, have environmentalists questioning the governor’s plan.” – Science Alert 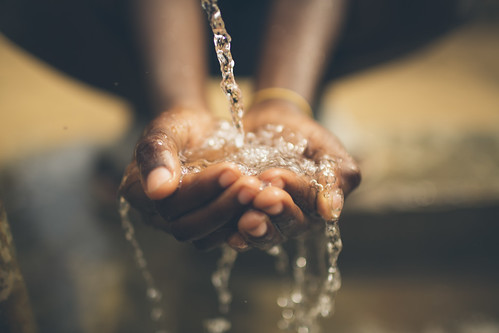 Unfortunately, the drought and salty leftovers aren’t California’s only concern.

On top of stressing environmentalists out, evidence hints that California’s water isn’t so sterile, either.

Arsenic, uranium, and manganese, along with high levels of fluoride, are all concerns to California residents who simply crave a glass of water. Oddly, counties in California neglect to provide data on how much arsenic, a toxic metal, is in their water.

Also, the federal government finally suggests decreasing fluoride levels in water, jumping on a bandwagon that the majority of Western Europe and developed nations have been riding on for years, since ingesting fluoride has serious consequences to teeth, bones, and the brain.

For now, most tap water sources in California cities do meet the government safety standards, but a Natural Resource Defense County senior attorney warns that

“Contaminants in the water will eventually catch up, and already pose a health risk to infants, pregnant women, people with aids and other immune system deficiencies”.

What is being done about this?

Thankfully, a budget passed in July 2015 supports discovering how to better manage groundwater, and “increase water regulators’ oversight and scrutiny of oil and gas disposal and injection well permitting.”

Also, to avoid poisonous elements in water like Michigan’s lead, flush your pipelines, and learn more about where your water is coming from. Get your water tested, use a purifier, or boil the water.

If all else fails, buy a bottle of water and stay hydrated!